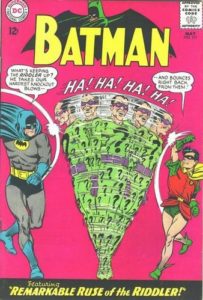 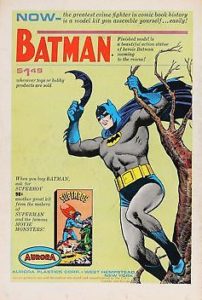 1st Silver Age Riddler appearance. The Riddler is released from prison and informs the Dynamic Duo that he has turned from crime, and, as proof, leads them to the hideout of the Molehill Mob; But when the former felon begins deluging them with riddles, the Caped Crusaders aren’t sure he really has reformed. 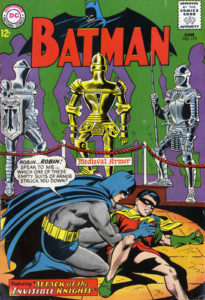 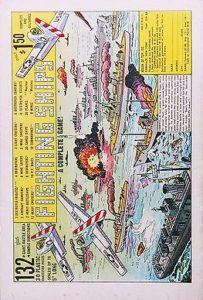 This issue features “Attack of the Invisible Knights!”. An ancient legend involving suits of armor coming to life and destroying some opals in a museum appears to come to pass, and challenges the wits of the Caped Crusaders to discover the facts behind this legend. 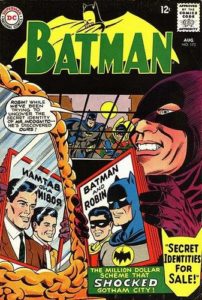 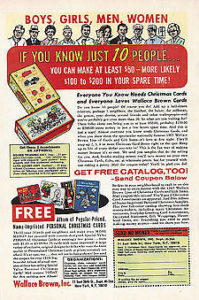 This issue features “Secret Identities for Sale!”. While the Batman and Robin are raiding the hideout of Mr. Incognito, a photographer takes pictures of the action with a special x-ray film, revealing the criminal’s identity; The man offers to provide the identity to the Police for a million dollars while also offering the secret identities of the Dynamic Duo to the underworld for a price. 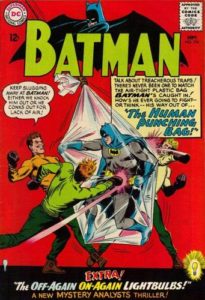 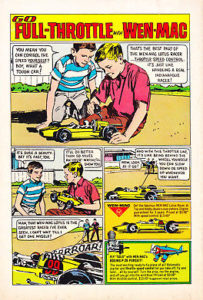 Batman #174 features “The Human Punching Bag!”. Hunter breaks the Getaway Genius out of jail in order to provide a getaway gimmick, all the while planning a trap for the Batman. 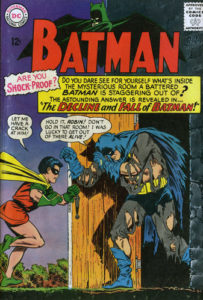 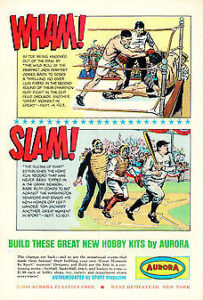 This issue features “The Decline and Fall of Batman”. Swearing revenge on Batman and Robin, Eddie Repp invents a ghost imaging device and creates such images of the Dynamic Duo, who begin to fight crime in Gotham more effectively than the real heroes they resemble. 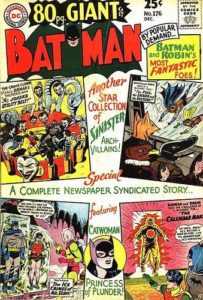 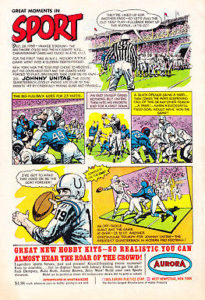 This is an 80-page Giant Reprint issue. 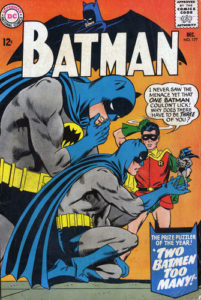 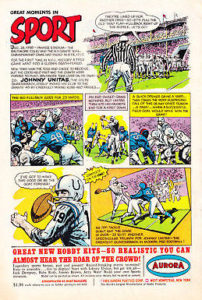 In this issue, Batman concocts a scheme against numbers racketeer Ed Garvey to prove conclusively that the crook planned and carried out the Kimber Gem job. 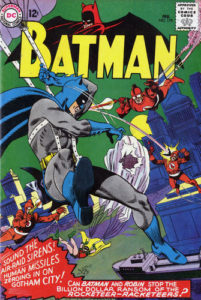 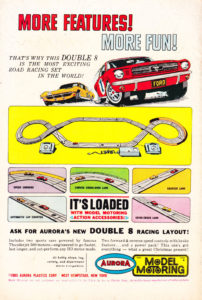 This issue features “Raid of the Rocketeers!”. When two experimental missiles disappear after being launched, Batman and Robin follow the path of the third missile and discover that it has been intercepted by a strange beam, set in motion by jet-propelled crooks! 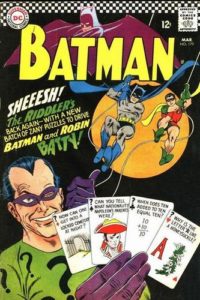 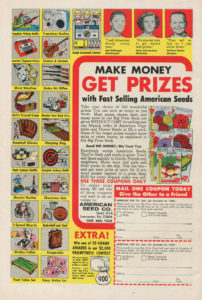 The 2nd Silver Age appearance of the Riddler in “The Riddle-Less Robberies of the Riddler!”. After the Riddler breaks out of prison, he vows never again to send riddles to Batman again before he strikes; The Caped Crusader smells a rat and discovers subtle clues that lead to the Riddler’s downfall. 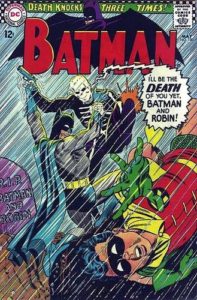 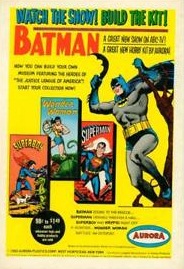 This issue features “Death Knocks Three Times!”. Batman stops a crook in a skeleton costume who boasts that he will escape justice; On the way from the courtroom, the man falls over and apparently dies, a fact that haunts the Batman, especially when he thinks of the man’s boast; When Death-Man reappears, Batman and Robin get him again, only to have him die a second time, only to be resurrected again; Batman wonders: will the third time be the “lucky” charm that ends this menace?