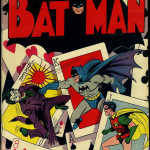 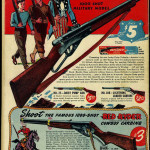 Batman #11 has what is considered a ‘Classic Joker cover’ and as you can see in the photo’s above, it is quite a memorable cover. The Joker appears on the cover that features playing cards with Batman and Robin. Batman is punching the Joker, who has a wide mouth grind on his face. The story revolves around the Joker and Penguin, who both make appearances. There are 2 ads for Detective Comics #62 in this publication as well. This comic book is valuable and desirable because of the cover art alone. Finding mint copies for sale is rather difficult

and they will be priced as such. Even Batman #11 comic books in fair condition are worth several hundred dollars. 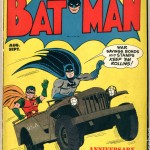 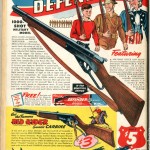 This issue of Batman comics features a classic war cover, that had influence from the periods real life events. The cover features Batman and Robin riding an a USA military jeep – with Batman saying “War Saving Bonds and Stamps Keep ‘Em Rolling!” Batman #12 is also considered an anniversary issue. In this issue there is an appearance by the Joker. This is the 1st mention of “secret underground hangers” which later becomes the Bat Cave. 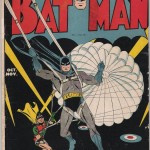 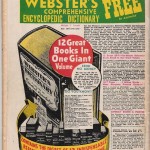 In this issue of Batman, there is an appearance by the Joker. Jerry Siegel and Joe DiMaggio make cameo appearances as well. 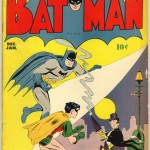 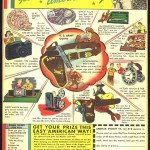 This is the second issue where Penguin is on the cover, and the story revolves around him in this issue. 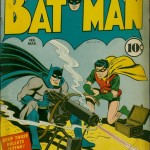 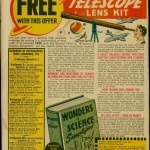 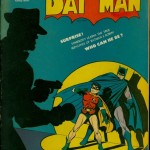 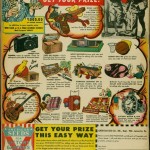 A classic Batman cover where a silhouetted man with a gun is shining a flashlight on Batman and Robin. The text reads “Surprise! Somebody Learns the True Identities of Batman & Robin! Who Can He Be?” The cover is similar to Batman #9. All other previous Batman comic books featured a cover with the logo spread across the entire header of the magazine, this issue features a smaller logo. This issue is the origin and 1st appearance of Alfred. Joker makes an appearance in this issue as well. 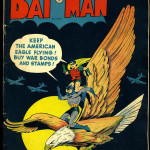 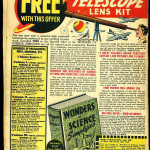 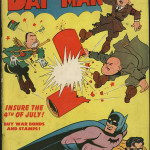 One of the most iconic WWII covers in the Batman series. On the cover you have Hitler, Mussolini and Hirohito getting blown up by a 4th of July firecracker. There is a Tweedledee and Tweedledum appearance in this issue. 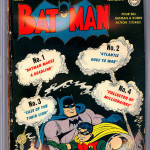 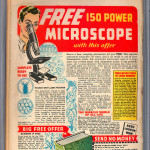 This is the first ever issue of Batman that had artwork from Dick Sprang. There is an appearance from the Joker in this issue. The front cover says “Four Big Batman & Robin Action Stories” are contained inside. 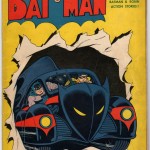 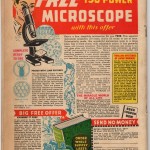 This is the first issue where the Batmobile was on the front cover.