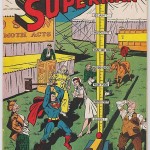 Lex Luthor makes an apperance in this issue. In 2014 ebay seller highgrademagic-pristinecomics 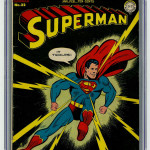 Toyman makes an appearance in this issue of Superman. The cover features lightning bolts and Superman. The Superman #32 comic book pictured above was graded CGC 6.5 with White Pages. It was sold by Sparkle City Comics 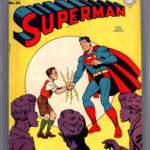 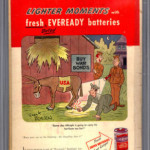 This issues of Superman features the 3rd appearance of Mr. Mxyztplk. 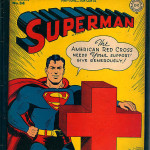 Lex Luthor makes an appearance in Superman #34. The comic book pictured above was graded CGC 6.0 and featured off-white to white pages. It sold for $444 dollars in March 2014. 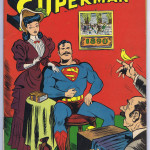 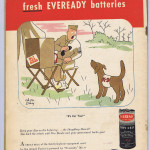 The Superman comic book #35 pictured above was sold in February 2014. It had a detached cover, with cream to off-white pages. The book sold for $233 dollars. 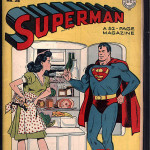 Issue #36 contains an appearance Mr. Mxyztplk. The comic pictured above is graded CGC 5.5 was sold by Metropolis Comics 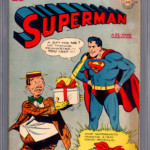 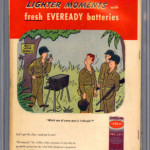 The cover and story revolved around Prankster in this issue of Superman. Superman #37 comic books in very good condition, or similar, sell between $145 – $250 + depending on the condition. Mint copies can sell for much more than that, but are often difficult to find on the market. 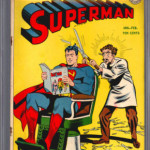 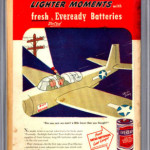 The cover art of Superman #38 features Superman reading Batman #32 in a barber’s chair. Lex Luthor makes an appearance in this issue, additionally the story line revolves around the atomic bomb. Most issues you see sell are in the VG/FN grade range and they normally sell for $250 and up depending on the condition. 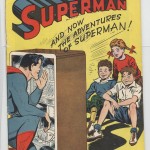 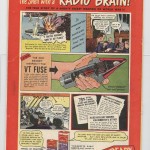 The comic book pictured above comes from All C’s Collectibles

and is described as being VG 4.0 condition, there was a small chip on the front cover and a tear on the back cover. The seller was asking $299 in 2014. 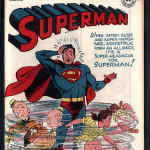 In this issue the cover features Superman and Mr. Mxyztplk – who the story revolves around as well. The Superman #40 that is pictured is one of the finest copies available and the seller was asking $6,607 dollars for it in 2014.