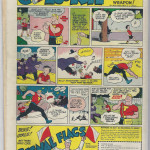 In this issue there is an appearance by Penguin. On the front cover it states “Batman & Robin whoop it up in four whirlwind action stories!” 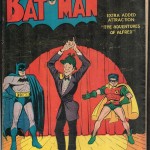 Double cover issue. Alfred solo stories beging in this issue. Catwoman and Cavalier make an appearance as well. The copy pictured above was being offered by Anthony Snyder

, who is a regular guest on the Comic Book Men TV Show 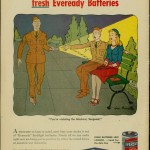 A unique cover with Batman, Robin and the Joker playing chess makes this a collectible comic book. The story revolves around Joker and Alfred, who’s solo story began in Batman #23 is continued in this issue. 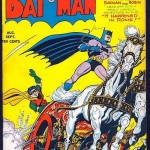 This is the 1st appearance of Professor, and Carter Nichols. Tweedledee and Tweedledum make an appearance in this issue as well. Like all Batman comic books of this era, value depends greatly of the condition of the book. 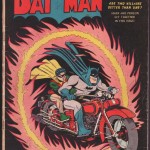 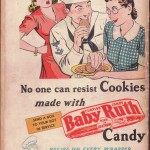 This is the only Golden Age Joker & Penguin team-up. On the front cover it says “Are two villains better than one? Joker and Penguin get together in this issue!” The art on the front cover features Batman & Robin riding a motorcycle through a ring of fire. 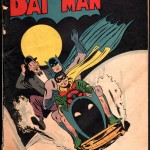 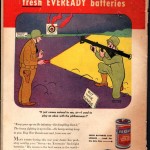 In this winter season themed cover art, Cavalier makes an appearance and the running Alfred story is continued. 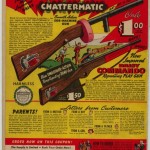 This issue has a Christmas themed cover, and also reads “Back The 6th War Loan!” written across the top. Penguin makes an appearance in this issue and the Alfred backup story continues. 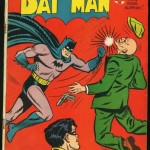 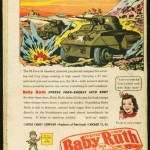 This issue features an appearance by the Joker. 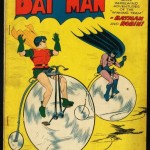 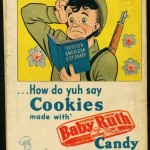 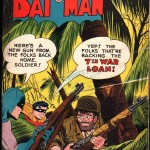 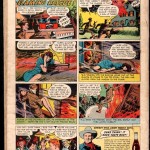 This issue contains a story about Penguin. It’s also the 1st appearance of Ally Babble. The front cover has Batman & Robin in the woods with a soldier. Batman says “Here’s a new gun from the folks back home, Soldier!” Robin follows up with “Yep! the folks that’re backing the 7th War Loan!” The war cover increases the desirability of Batman #30 comic books.

– Highly recommend you picking up a copy even if it’s not the current edition. Tons of information and highly insightful book.