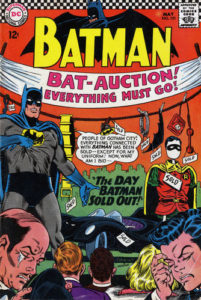 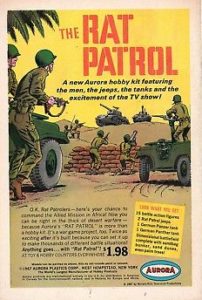 This issue features  “The Day Batman Sold Out”. When Ira Radon absorbs so much radiation that he is forced to give up his life of crime, he decides to get revenge by dousing Batman’s equipment with deadly radiation, forcing the Dynamic Duo to give up his career. 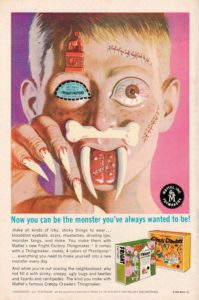 This issue features “The Crystal Ball That Betrayed Batman”. The Dynamic Duo accidentally come across a crime committed by the Fearsome Foursome and succeed in capturing a member of that gang; Batman then disguises himself as that crook in order to infiltrate the gang and nab the leader. 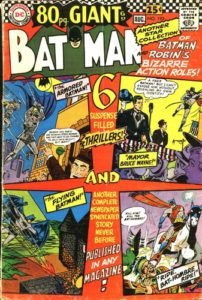 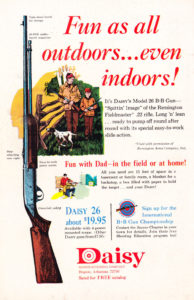 This is a Giant 80-page issue. 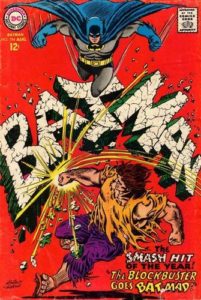 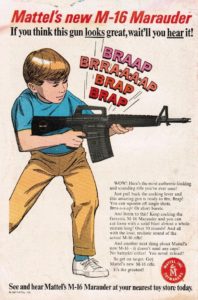 Batman #194 features “The Blockbuster Goes Bat-Mad”. By chance, a reformed Mark Desmond sees a Batman display at a local department store and reverts back to his Blockbuster persona, which goes out to destroy anything related to the Dynamic Duo. 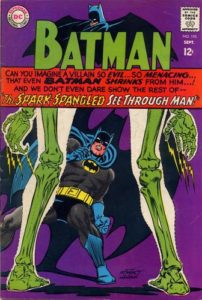 This issue features “The Spark-Spangled See-Through Man”. Creegan steals some jewels from the laboratory of a scientist, who has treated the gems with radiation; During a battle with the Caped Crusaders, Creegan is transformed into a skeletal figure possessing a deadly electrical touch. 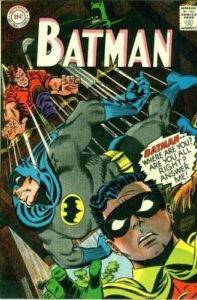 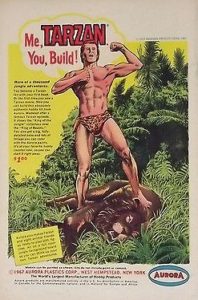 This issue features “The Psychic Super-Sleuth”. The Dynamic Duo team up with a person they believe to be a psychic detective, but soon learn that he is an imposter, and his men are holding the real Dubrov prisoner. 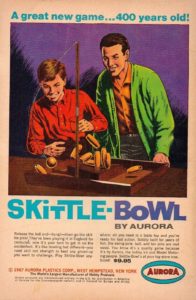 4th Silver Age appearance of Catwoman in “Catwoman Sets Her Claws for Batman!”. Catwoman decides to reform and become a crime fighter like Batman in order to get him to somehow propose to her; When he doesn’t, she gives him a  take-it-or-leave-it deal: to marry her or she returns to crime. 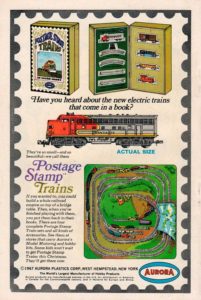 This is an 80-page Giant Reprint issue. This issue features “The Origin of the Batman” . Batman tracks down the killers of his mother and father. 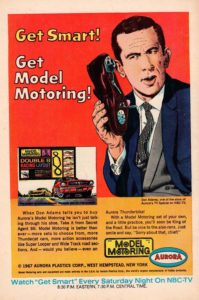 This issue features “Peril of the Poison Rings”. After escaping from the clutches of the Dynamic Duo, Rembrandt Dickens the writer/artist of comic books based on Batman, Superman and other heroes decides to pursue the life of a comic book artist, detailing the crimes he has committed; But when his gang is released from prison, Dickens gives each of them poison rings, one of which scratches the Batman, and poisoned Batman…unless he finds the latest copy of Batman Comics, which contains a clue to Dickens’ whereabouts and antidote for the poison. 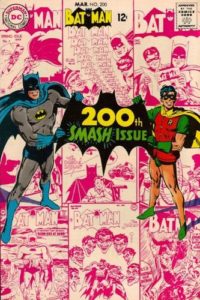 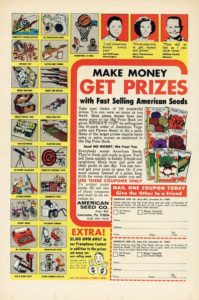 Scarecrow used a fear-radiated pill on the Dynamic Duo, and made the duo unable to continue their war on crime until Alfred enters the picture. The Dynamic Duo then head out and capture several of their foes, each one having a clue on their persons which lead them to the Scarecrow.