The first thing to understand when analyzing Superman #1 comic book values is to separate the restored copies vs the un-restored. Let these value descrepencies be a lesson to you. If you find ANY comic book from this era – do not attempt to make the comic book look nicer. Just leave it as you’ve found it. Nearly 100% of the time a comic book (and virtually all antique collectibles) is worth more un-restored.

That being said, there are many well known comic book restoration artists. I use the term artists – because many feel the restoration process takes artistic ability, and I’d agree. Before deciding if you want your Superman #1 comic book restored, I would seek the counsel of experts far more knowledgeable about the subject than I am. Personally I’d just leave the book un-restored, unless coverless.

So now that you know non-restored Superman #1 comic books are more desirable than restored versions, let’s take a look at some of the recent recorded sales. Remember, these don’t change hands all that often.

Restored copies might have a high grade, but if the restorations were extensive, copies with lesser grades might actually go for similar values.

Even if you find a Superman #1 comic book in terrible condition, with rips, tears, holes …. as long as most of the cover is still in tact – we’re talking roughly $15,000 – $20,000 in today’s market. The key is the book has to still be considered un-restored. Any modifications or attempts to make the comic book appear to be in better condition that it was will only hurt the value unless in the hands of a professional comic book restoration artist. Coverless copies can easily fetch several thousands of dollars, and just single pages can be worth a few hundred dollars.

The demand for un-restored Superman #1 comic books well exceeds supply, which in turn drives up the value of restored versions. Values virtually across the board have consistently trended upward for nearly two decades, as anyone who bought years ago will have seen their investment appreciate considerably. The exception being that during the 2008/09 financial crisis in the United States, many sales during that time period are well off what the comic book would sell for just a few years later. For example, in May 2009 a CGC 7.5 restored Superman #1 comic book sold for $26,290 at auction … and in 2016 a comic book graded in the same condition sold for over $45,300.

Okay, so there’s lots more Superman #1 comic books with hefty asking prices on them than sell during the year. Remember, the prices below are seller asking prices – not actual values. These prices can change, so I’ve included a link to the listing. 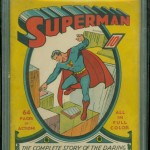 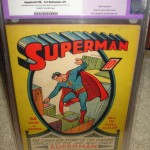 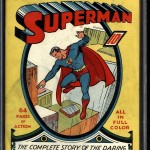