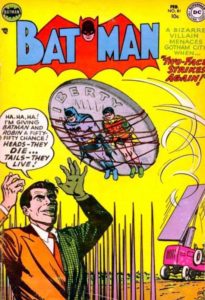 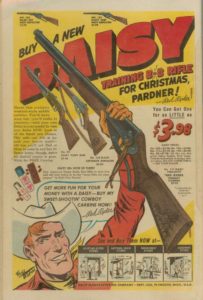 In this issue the Two-Face Strikes Again. When the reformed Harvey Dent tries to prevent a robbery, he is caught in an explosion and reverts to Two-Face; He embarks on a new crime spree; At a ceremony making Bruce Wayne honorary chief of a local tribe, Batman and Robin are trapped by Two-Face and strapped to a giant coin. 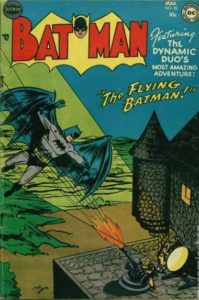 This issue features The Flying Batman. Batman and Robin are rendered unconscious by a sting from a strange winged man, only to awake in a weird city inhabited by winged men, who want to operate on Batman to give him wings in order to track down desperate felons. 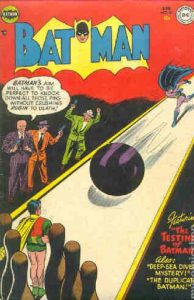 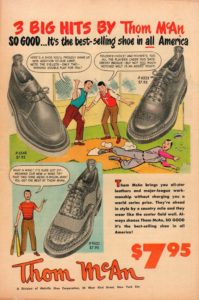 The Testing of Batman. Batman agrees to help a psychologist with some of his experiments, but a crime boss learns of this and replaces the psychologist with a phony, captures the Dynamic Duo and puts them through a series of horrific tests while the gang seeks to rob the Gotham Mint. 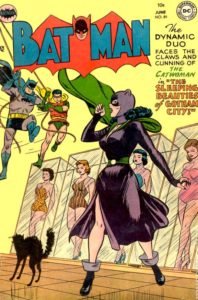 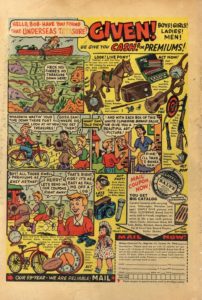 This issue features The Sleeping Beauties of Gotham City.  Selina enters a beauty contest and succeeds in preventing Batman from arresting her without proof of being the Catwoman. 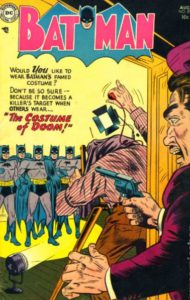 Batman #85 features The Costume of Doom. When Vicki arranges a photo shoot of all Batman impersonators, one of them is shot and attempts are made on many others, including Bruce Wayne. 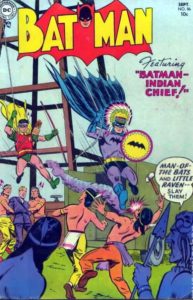 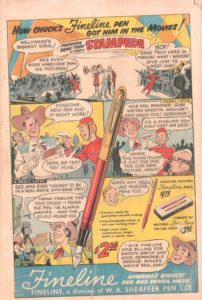 This issue features “Batman–Indian Chief!”. The Dynamic Duo come upon a duo dressing very much the same as the famed Batman and Robin, these being an Indian version. 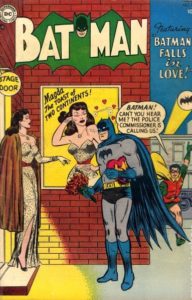 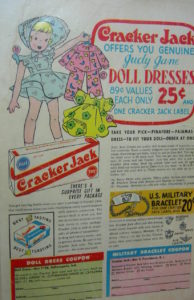 In this issue, Batman is to guard a foreign model, whose life has been threatened by a smuggling ring; But Vicki Vale nearly messes everything up with her jealousy. 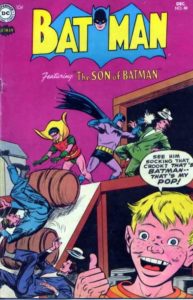 This issue features The Son of Batman. While impersonating Batman to impress his son, ex-con Ed Wilson is shot and gravely wounded; To protect Tommy, his son, and his father’s image, Batman impersonates Wilson and eventually saves the boy from the Garver gang. 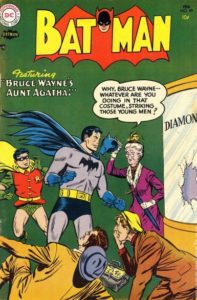 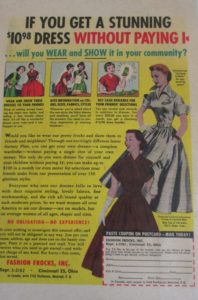 The arrival of Bruce Wayne’s aunt to Wayne Manor poses a real problem for the Dynamic Duo, especially after she unmasks the Batman. 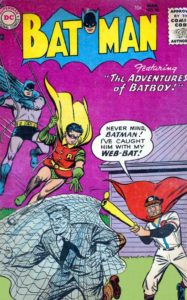