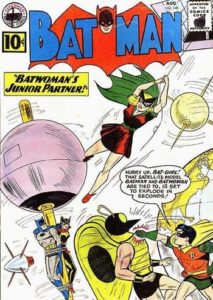 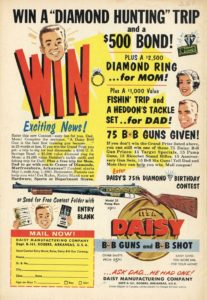 Batman #141 features  “Batwoman’s Junior Partner”. The publicity that Bat-Girl gets after having captured a criminal called the Moth results in the humiliated criminal seeking his revenge on her. 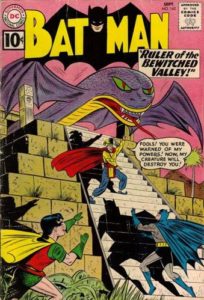 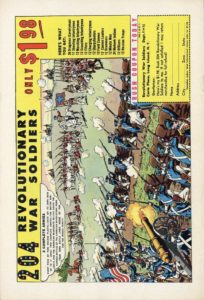 This issue features “Ruler of the Bewitched Valley”. Batman and Robin follow a renegade scientist to Central America, where he has created a series of automated robots that fool the superstitious natives. 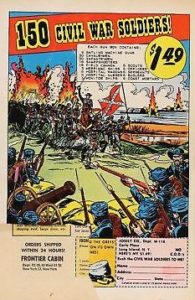 This is the Last 10-cent cover price. This issue features “Bat-Hound and the Creature”. While the Caped Crusaders battle Lippy Yates and his gang, Ace the Bat-Hound befriends a giant alien being, who eventually saves Batman’s life. 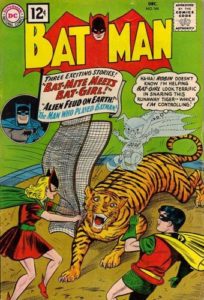 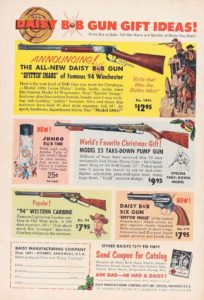 First 12-cent cover price. This issue features  “Bat-Mite Meets Bat-Girl”. Bat-Girl gets seriously jealous when Robin tells her that there is another lady in his life, so Bat-Mite offers to help Bat-Girl get the man she loves. 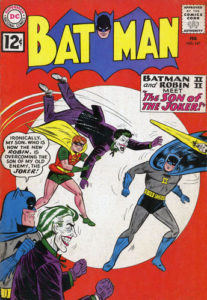 In this imaginary story, penned by Alfred, trusted butler of Bruce Wayne, the Second Batman and Robin team run up against the Son of the Joker, who is using the tricks of the trade once used by his father. 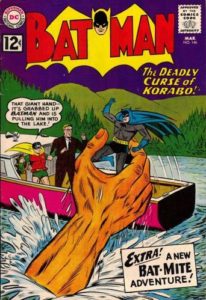 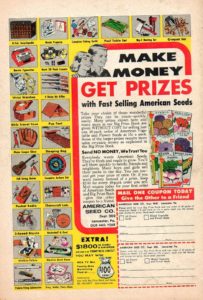 In this issue, Batman and Robin are called to the mountains to uncover the mystery of a giant hand that has been killing mountain climbers. 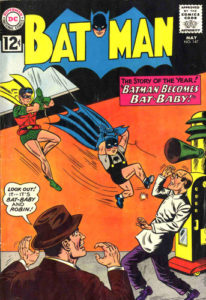 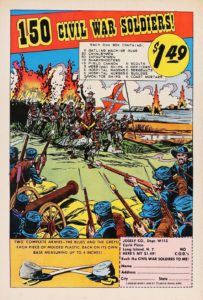 In this issue the criminal scientist turns Batman physically into a four-year-old with a ray of his own devising, but Batman modifies his costume and continues to fight crime as Bat-Baby. 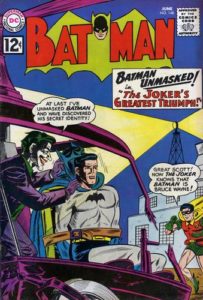 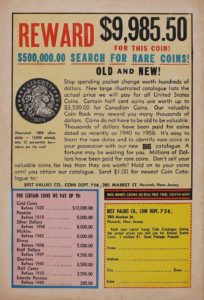 The Joker unmasks Batman but doesn’t reveal his identity. Later, he unmasks the Caped Crusader again, only to reveal a robot beneath the cowl. 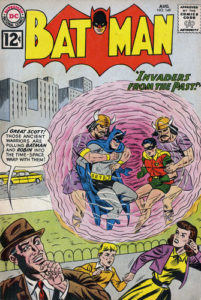 This issue features  “The Invaders from the Past”. The appearance of strange men through portals and the kidnapping of the Caped Crusaders by two Vikings all lead to the eventual capture of two crooks perpetuating a hoax. 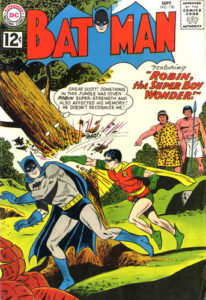 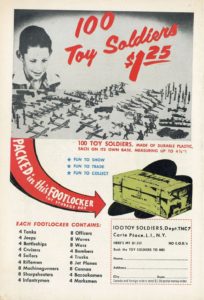 This issue features “Robin, the Super Boy Wonder”. When the Dynamic Duo are forced down over the Yucatan Plateau during a storm, Batman, accused of stealing emeralds from a native tribe, is shocked to learn that his partner no longer remembers him and has acquired super powers